MetaZoo has partnered with the skateboarding company Revive. They released their first product. It was focused around their first set, Cryptid Nation. The print run is 2,000 boxes. Each box contained one redeemable promo card and one non-redeemable promo card. For the redeemable card, you could scratch off, enter your code, and get a skateboard deck from Revive. You can find more information about MetaZoo X Revive here. Once this dropped for sale, there was tons of excitement through MetaZoo’s Discord. The product only lasted about 27 mins. 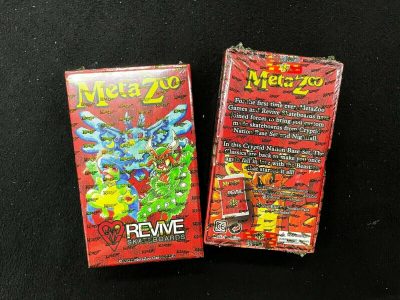 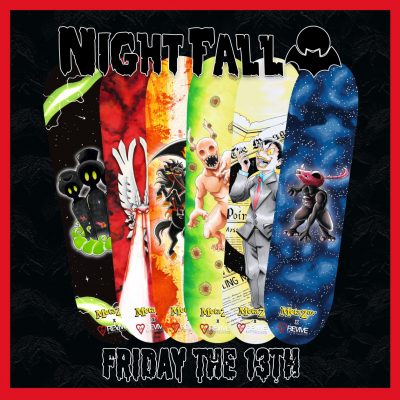 The next drop with Revive was MetaZoo’s 2nd core set, NightFall. The print run was the same. It was released on Friday the 13th. This time the product lasted only 100 seconds. There was so much excitement from the first set people wanted to get their hands on their decks and cards. The photos of people’s decks came rushing in on the main discord, and I believe this generated more excitement. I think the market afterward could have also played a part in more excitement. 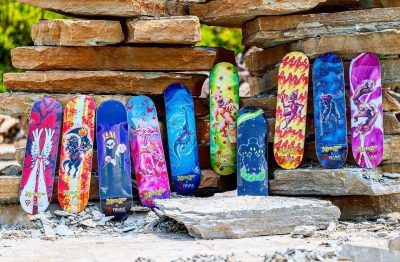 The art on each deck is fantastic and fits the skateboarding world. I used to skateboard when I was in middle school through high school. I used to seek out cool-looking art on decks. I would ride them and, unfortunately, end up breaking them. I still would put them on my wall, damaged or not. It was kind of my battleground growing up. I remember as a kid loving Powells Angel boy, Element, Darkstar, or even Girl. With MetaZoo’s designs, I think the little kid in me would have sought one of these boards. 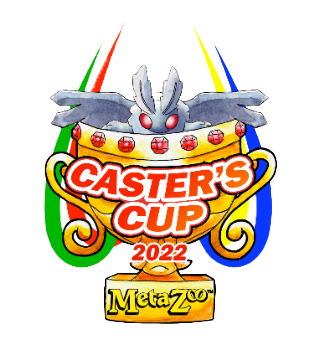 Let us move to the upcoming Caster’s Cup. The Casters Cup will be located in the Dallas Forth Worth area. You can find out more information about it here and from MetaZoo here. The more details we learn about the Caster’s Cup, the more excited everyone has around the community. 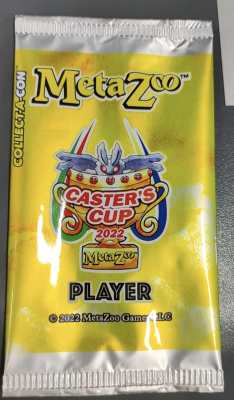 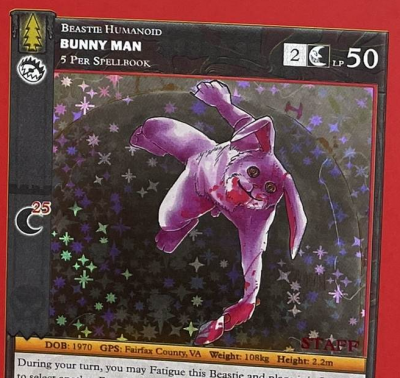 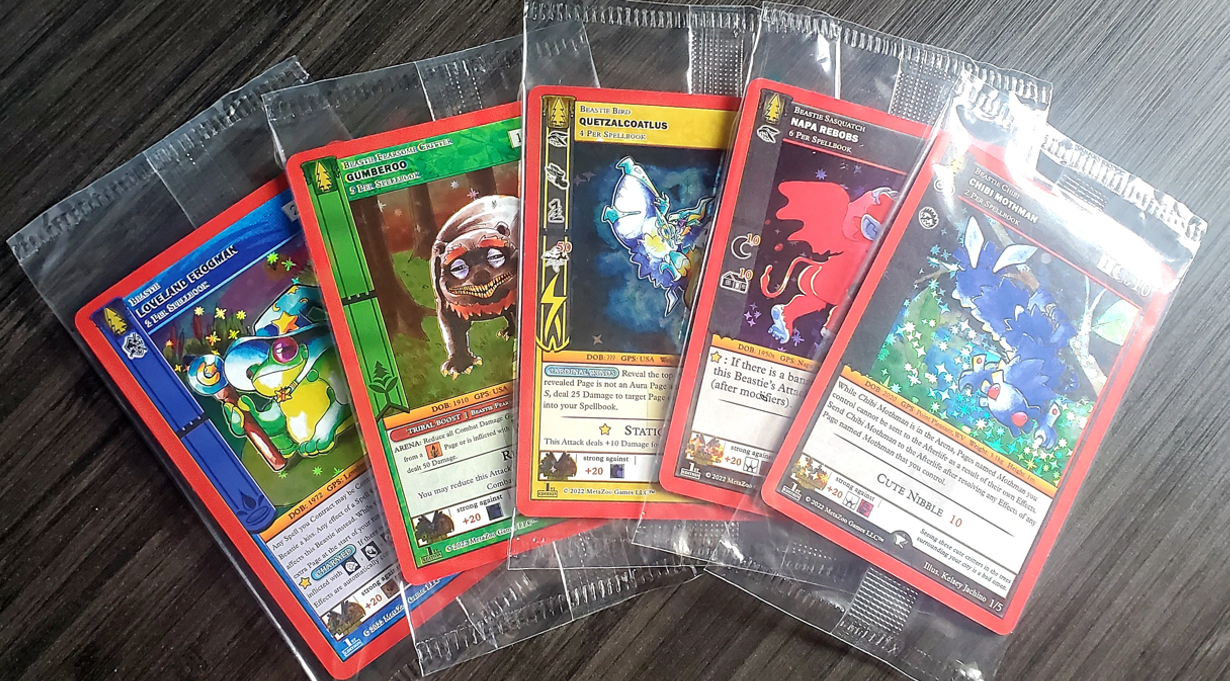 A few things we have learned are that they will have promo packs for attendees of Collect-a-Con, Staff, and Players. These packs will contain full holo and stamped cards of previous common, uncommon, and rare cards from Cryptid Nation, Nightfall. They will also include a play MetaZoo Network logo on the bottom. This alone, I think, will build lots of excitement for people who are just attending, staffing, and playing in the tournament. 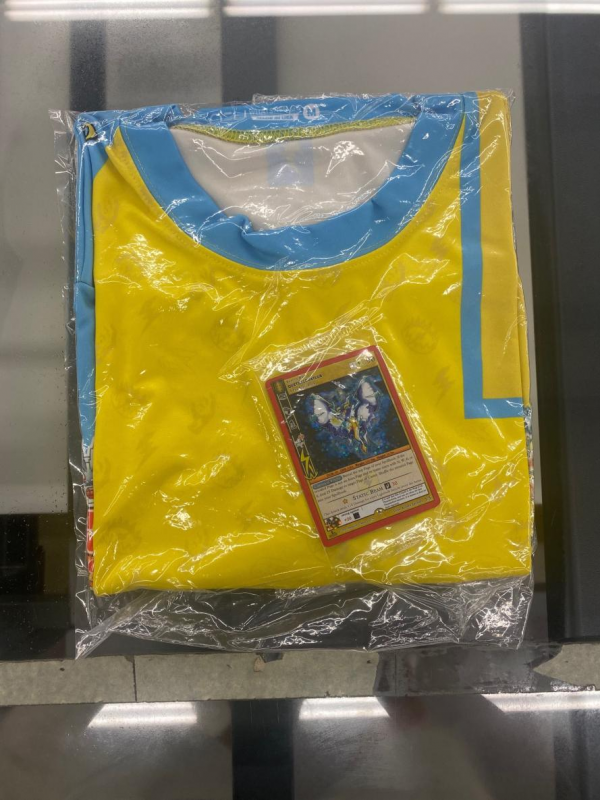 There will be multiple different jerseys that will be beastie-themed. This is another item that will generate tons of excitement while attending the tournament. These jerseys will have their own promo card. 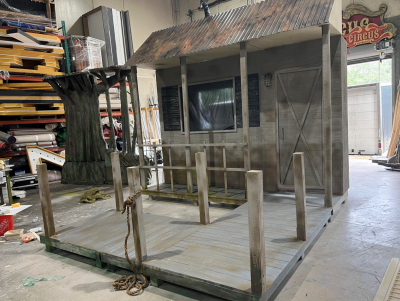 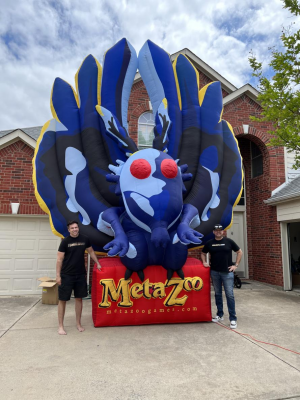 We also have set pieces that have been created for the blitz portion of the tournament. These set pieces will be rotating. As you can see, this one is of a boat shack? They also will have this huge blown-up Mothman.

With the over $250+ prize pool, the promo packs, the exclusive merch sold at their booth, the amazing-looking set pieces, and the number of players traveling worldwide to come to 1 place to experience MetaZoo. MetaZoo will stream this event. With this new blitz format, I think this is going to be wildly entertaining, not just for those at the event but for anyone watching on the streams. This is reviving the love for competitive play.